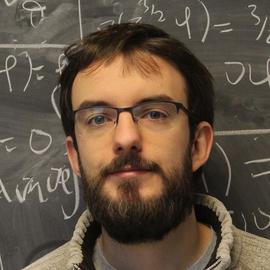 I am a researcher at Inria in POEMS team. My research focuses on wave propagation problems, Decomposition Domain Methods (DDM) and Boundary Integral Equations (BIE). I am also developing a library for hierarchical matrix techniques called Htool with a parallelized matrix-vector product using MPI. It can be used via FreeFEM for solving BIEs, via PETSc for black-box compression, and directly via C++ or its Python interface.

Previously, I was a postdoctoral researcher at the University of Bath, where I worked with Euan Spence. I did my Ph.D under the supervision of Xavier Claeys and Frédéric Nataf at Laboratoire Jacques-Louis Lions (LJLL) in Sorbonne Université, and I was a member of the joint Inria-LJLL project team Alpines. My thesis was funded by the ANR (French National Research Agency) via the ANR project NonlocalDD.

Pierre Marchand, Jeffrey Galkowski, Alastair Spence, Euan A. Spence (2022). Applying GMRES to the Helmholtz equation with strong trapping: how does the number of iterations depend on the frequency?. Adv. Comp. Math., June 2022, Vol. 48, No. 4. Research project conducted during the summer school CEMRACS in 2016